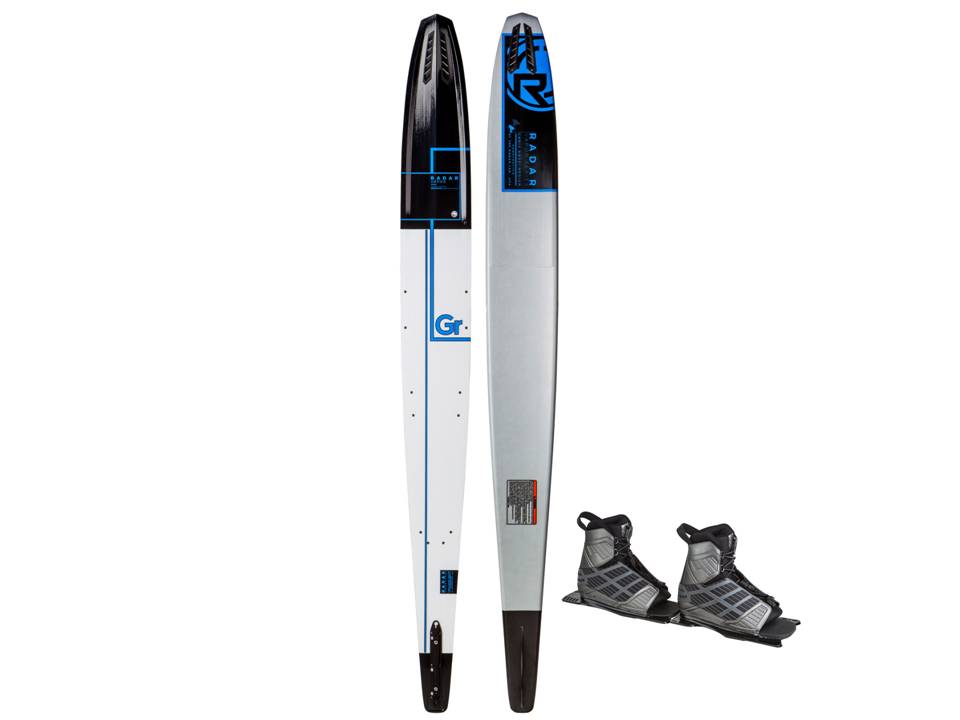 The Graphite Vapor is the opportunity to get a record setting shape without the price tag of a ProBuild or PVC. The Machined AeroCore is a damper more forgiving ride than PVC, making it easier to ski in varying conditions, while the all-carbon construction reduces the reaction time for an immediate hole shot at turn finish. Graphite skis are frequently ridden both in and out of the course.

The Vapor is the finest comp ski on the water. It accelerates like a rocket ship and balances on a tightrope. The advancement of developing the rockerline in conjunction with sidecut has proven to create hydrodynamic harmony. No other ski boasts such a parallel sidecut (keeping the ski riding level) with an answer for ip support created by the additional mass added in front of the wide spot on Vapor.

Back of the Ski:

The Front of the Ski:

Wider parallel lines in the sidecut give the ski a stable place to run in the water on off side turns. Our newest concept now thins the sidewall, thinner than the middle of the ski, crowning the top surface. So although the ski design is wider, there is now additional resistance from overall thickness of the ski. It rides in the water like a narrower ski while keeping the width to be the most stable turning off side ski ever.

In addition, our forebody bevel design morphs infinitely into a hard edge in the tip of the ski. The further forward the water breaks, the more resistance you receive from vapor.

In general terms, more rocker ewuals tighter turn radius, Too much rocker makes the ski a rocking chair, giving the skier nowhere to stand. The new Vapor rocker has an existing flat spot for a gas pedal for pushing away from the wakes and just enough to keep it auto centering. The rest of the rocker rises earlier with a big kick in the last 9″. It’s fast, nimble and initiates turns like its on rails. 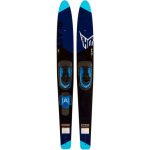 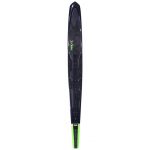 The NEW Cross over ski! 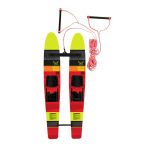 Perfect for that little skier in your life!